Scaling a startup from side project to 20 million hits/month - an interview with railwayapi.com creator Kaustubh

We recently wished farewell to a customer who had been with us for about 18 months, during which time he saw some incredible growth in what was originally just a side project. We spoke to him about how he found the experience of scaling on PythonAnywhere, and why he decided to move on. 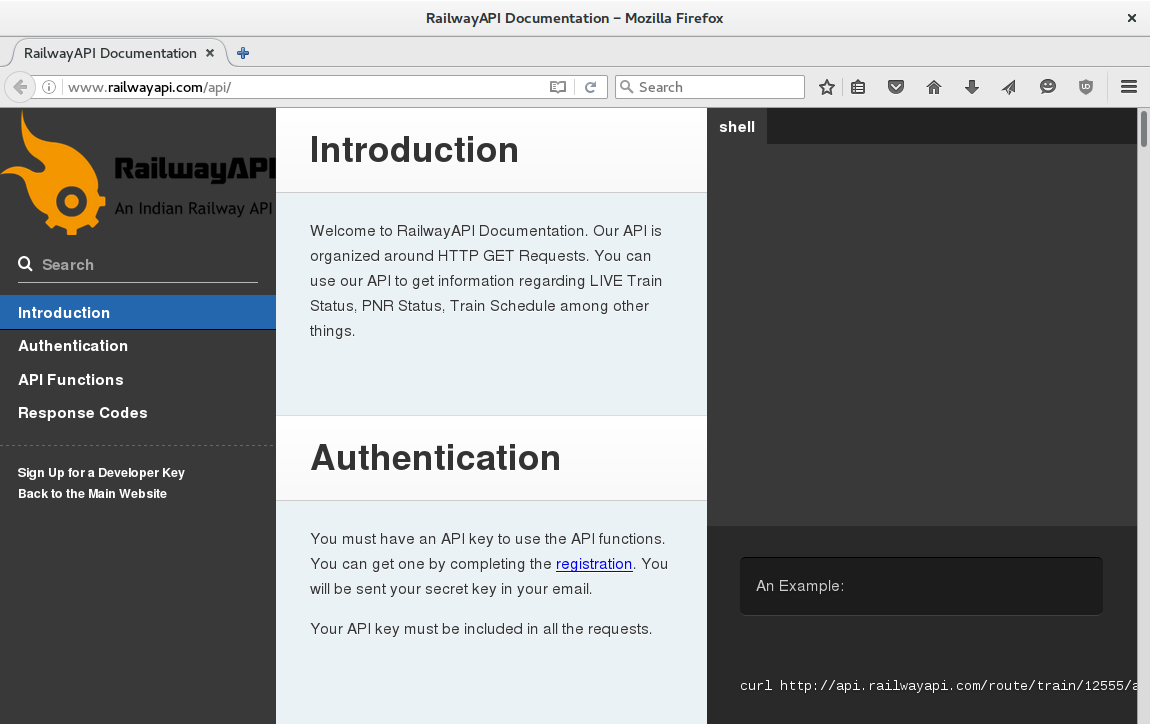 I am currently pursuing Bachelor’s in Computer Science & Engineering. I have been programming from school days but RailwayAPI was the first substantial project I did.

Can you describe what railwayapi.com does? What first gave you the idea to build a site like this?¶

It all started with an idea to build an app which let Train travelers in India find the best available route between two stations. It’s very difficult to get confirmed bookings in India and so I thought it would be great if there was an app which helps people break their journey up, using multiple trains to reach their destination in minimum time.

While working on that idea I realized that I needed train data to make such a thing possible. There wasn’t a reliable API for Indian railways and I realized that several developers would be facing the same problem. And hence RailwayAPI was born.

It is a collection of APIs which let developers access all kinds of Railway data like Seat Availability, Train Route, Live Train status etc in easy-to-use JSON formats.

Why did you choose Python and Flask? Are you happy with your choice?¶

Python was the language I already knew well and there were several great libraries available for it so the decision was very easy to make for me.

Since the exposed part of the API was just going to be URL views which capture GET requests and return the corresponding JSON, Flask was the most suitable with its minimality which is enough for what I was doing.

What made you choose PythonAnywhere?¶

This was my first webapp and initially I had very little experience in setting up such an environment. After some research I stumbled upon PythonAnywhere which was extremely easy to set up, with a nice and clean UI. It also lets you instantly scale up your app by just sliding the number of workers you are going to need. After that I needn’t go anywhere else!

Your site quickly became one of our busiest sites – when did you realise it was getting big? How was the experience of scaling up on PythonAnywhere?¶

I realized that it was getting big when one of the user complained about load balancer errors they were getting. But it wasn’t an issue as I quickly scaled up the number of workers and site was back to normal functioning in seconds.

What kind of traffic did you have last month, for example?¶

You’ve now decided to move on – why is that, where did you move to, and was it easy to make the transition?¶

Yes, I have moved to a VPS now at Digital Ocean. It wasn’t an easy decision to make for me and it was done only after considerable thought. I loved PythonAnywhere and I continue to love it but I needed more flexible configurations so a VPS was required at the current stage.

It was quite difficult to move to a VPS because I have grown accustomed with the ease of use at PythonAnywhere where everything is pre set up and you can just focus on writing your code instead of writing configurations.

In general, what do you think are the pros and cons of PythonAnywhere?¶

I think I have already mentioned a lot of Pros about PythonAnywhere. But in short if you just want to focus on building your app rather than setting up environment, which is what ideally it should be than there are very few places like PythonAnywhere out there. Also developers should know that setting up an environment is not a one off process, it requires constant monitoring and changes so that any modification in the code doesn’t break the configuration and vice versa. Its quite a time consuming process but PythonAnywhere takes care of all of that.

I would have liked it if PA supported asynchronous workers. In fact this was the main reason for moving out because my application was Network I/O bound and async workers were better suited for such a task, and that wasn’t available here, at least for now.

Also it would be great if Redis and Web Sockets were also supported at some point.

It sounds like the site was a big success. What’s next for railwayapi.com?¶

The goal is to give developers access to Indian Railways data without hassle. There are some other ideas I am working on like making available Train and Seat Availability prediction/analytics through API.

Do you have any advice for other aspiring web developers?¶

I am still learning a lot myself!

Although I could say from my experience that the most important thing I learned while developing the API was that engineering your App to be scalable is one the most challenging tasks, which is often overlooked by people in the beginning.

I had to re-code several of the modules several times because they resembled ‘hacky’ code but as the pressure on the site grew they started to break. So it would be good if developers also think about how their app would respond to such scenarios in the future.

Thanks again Kaustubh, and best of luck with the future of the project!